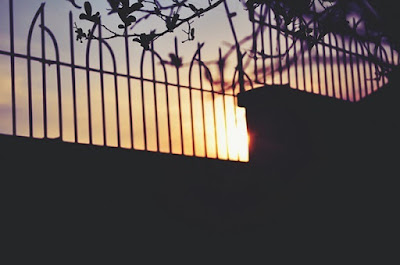 We are an unfortunate lot. I mean we are already divided geographically to insignificant proportions making it unsustainable, unfeasible and not viable to do and sustain anything valuable. (On top of that some bigger islands want to stay divided administratively to get two or more councils!!). In this state the perks available to any ruler is ignorance of his subjects, them being busy with their quarrels, arguments, and differences to notice the sorry state they are in.

This makes The Maldives a heaven to get power, to stay in power and sustain that power without doing much, for centuries to come!


Let me get to the point.

If I have my way, an inhabited island should have at least 1000 pop (which is not much). If it does not fit the criteria, the people should be offered the option to move to bigger islands.

Any island with 1000 plus pop. and up to 3000 should be made to a Satellite Island (like vilingilli and hulhumale’) linked to a city (island)

I guess everybody knows this, but somehow most politicians are determined to keep us divided so that they will have an easy way out- to stay in power without doing much. When will the people realize to prosper they need to unite and unite?

Establishing local counsel is not a mean to divide the country. It’s a mean to hand over powers to the public. Who is trying to delay the election or somebody is trying to do so? If somebody is trying to do so, that means not simply delaying the election, it is refusing to give power to the public, refusing to let public to have their own saying to decide their own fate. Today we can simply say M.Nalaafushi is part of LH. Naifaru, or Kaashidhoo is part of Male’. Does it make any sense to you? We have been joking for this kind of integration last couple of years; we don’t want this fake integration anymore. We need to see real integration. Islands integrated by bridges, and move people to the bigger islands. Is government have such project.. if so why can’t we see? We always see the people in power want more power and find ways to remain in power. Why they are too afraid to let public decide what they really want? do they still feel they are stupid or boagalhi. I am sure if government create opportunities to get jobs, education, shelter, and health facilities, people will readily move to other islands, so take Male’ as an example. Is there any kind of such project going on?.., I have read the pages of the manifesto I cant find any, so can you show me the integration, building islands, creation of job, providing health facilities, education and so on, in particular area or particular Island, to make people interest to move.
If we have 1 counsel for 3 islands do you feel that will help to solve any problem? I think that will lead to people more divide. DO you think island of S.Hulhudhoo and S.Meedhoo or Fares and Mathoda can have one counsel? Do you really understand the conflicts going on these islands? We must think out of box. Why we need 200 counselors with 800 Katheeb, only full control or power, am I right? why we need counselor for each atoll instead of atoll chief. We have being saying that atoll chief and katheeb is only mean to election fraud so what is the difference between atholhu veriyaa katheeb and present government appointed counselors. If those names make any difference, so then it does.