Uncle the Developer and the Hypocrites 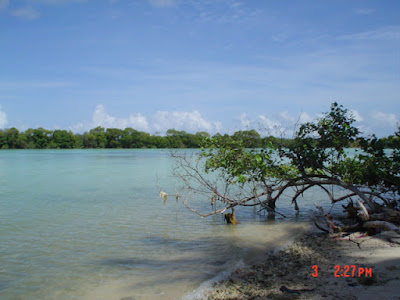 In an another event,  the Majlis  decided that in future, resorts will be charged 8 dollars per square meter as lease rent and  3.5 percent tax from goods and services sold to tourists- in return for extending resort lease period for 50 years. While this movie was being unveiled I thought the political leaders (except from the government) would cry foul as they did for Guantanamo Bay fiasco , firing of Army personal,  municipality land selling, airport deal, electricity hike, No province protest etc...  since the bill was submitted by the government.  At least we got to see the two sides of the coin in each of these incidents. I was looking forward to the debates, the court cases, the protests and so on. However the only thing I heard is silence and more silence regarding the issue. Hypocrites!  It must be the most perfect bill the government has ever submitted and passed by the Majlis.  Is it a fair deal for the people?

For instance, you give your land for 10 years to develop and within those 10 years the developer (say your uncle) recovers his cost of developing and earns a decent profit. After 10 years you and your children are supposed to get it back and elevate your living standards to another level. However at the end of the lease period ‘Uncle the Developer’ says he wants to make some more profits and pass a Lease Extension Law that mandates to give him an extension of lease period for a nominal fee. Who appointed ‘Uncle the Developer’ to pass the Lease Extension Law? The Children of the Landowner, thinking Uncle knows best.  ‘Uncle the Developer’ continues revising The Lease Extension Law whenever lease period expires and the current lease period is 50 years. You do not have any hope that, you, your children or even your grand children would get the land.  You remain where you were (economically) for a foreseeable future (4 generations?). Would you still say it is a fair deal? Lets do a simple arithmetic.

One thing is clear. The head of state (past and current) and this country is controlled by ‘Uncle the Developer’. Who are to blame for this? The People. I mean the Children who sell their vote and vote based on immediate personal favours without thinking long term. The children do not realize that high concentration of ‘Uncle the Developers’ from any one industry in Law making business is bad for the economic health of The Family.

//Sub/Corpus said…
true that ...
but uncle developer has played an integral part in the tourism industry before ...
when land owners could not source the funding to develop the resort ...
this may still be the case today ... and uncle come by to save the day in a mutually beneficial business relationship ...
but yes extension are lame ...
starts off with about 25 ... 35 years if the developer can prove to have invested more 10mil ... and now its 50 years ...
17 September 2010 at 13:10

Anonymous said…
Had 'Uncle the Developer' been granted an extension on his lease or not, at the current face value at which the tourism business hovers above ground, only uncle and more uncles from different families will be able to afford them at those ridiculous prices - period.
17 September 2010 at 20:44