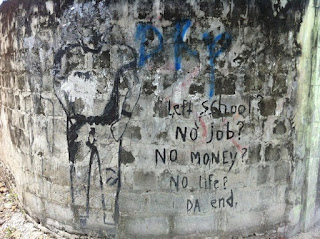 The article was published in Maldives Economic Review in its December 2019 Issue 2. To read the full article click link at end

“Male dominates the political, economic, and social structure of the country. It is here that a small national elite presides over the archipelago's affairs and takes decisions that are crucial to the well-being of the atolls. Not surprisingly, a disproportionate share of government expenditures directly benefits Male and ensures its residents a standard of living that is substantially higher than in the atolls The other islands now rely upon it as their main trading post and contact point with the rest of the world”

Fifty years later Male’ has become one of the most congested cities in the world with a population density of 65,201 per km according to National Bureau of Statistics of Maldives. Top reasons for migration as per census is; as a return migrant, education, employment and to live with family. Thus, key factor that pulls people to congested living is service centralization to Male’. Building schools or hospitals or creating jobs needed in atolls of north or south of Maldives in the capital Male’; not only adds an additional cost burden, it also helps to discriminate in giving basic read more