The price of isolation 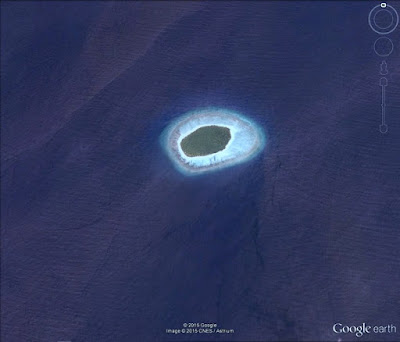 "Emerging trend shows that the Northern atolls are becoming poorer compared to the southern atolls." 7th National Development Plan.
A survey on Vulnerability and poverty was conducted in 1998 and 2004.

According to 2004 survey report, 'Households living in the South had the best chance of escaping poverty and the lowest probability of falling back. Households in the North region faced the highest probability of remaining in, or falling into, poverty'.

For Development purposes the country is divided into five regions; North, North Central, Central, South Central and South. Thus developmental projects are aimed at covering major regions rather than a single atoll. The above report also states that“Income poverty is evidently greatest in the North (Ha, Hdh. Sh) and Central North, and apart from Male’, it is lowest in South and Central South”

There is no single reason for poverty. However one very important reason could be isolation: The existence of many numbers of islands with small populations, without easy accessibility to anywhere, limiting access to economic opportunities and demand for goods and services.

What is also obvious is that in this region (ha, Hdh, Sh), collective effort and action from the grass root level, to lift ourselves from poverty is lacking. At the same time we are very inactive in, effectively lobbying and pressuring the relevant parties to help us achieve our desired goals.

It is crucial that the region (ha, Hdh, Sh) as a whole should come together and join hands with all stake holders in order to make a difference and lift ourselves from poverty.


We can raise our voice on many issues. However, to get results, initially it is wise to concentrate on few, which are CRUCIAL to make a difference. That is

Anonymous said…
We can raise our voice, but who will listen? Is there a responsible and accountable government in the Maldives? I’m waiting….. for the day where “action will speak louder than words”. Can u remember how many years have passed after the announcement of population consolidation programme by the government? in how many islands did people lived 29 years ago, and today in how many islands are people living? I think this is enough.
But GB wants another 5 more year term to complete the reform agenda heheheee. Is this not a great joke? Don’t he have any advisor to tell him, the reason for a step-down now
Shame on u GB!
5 January 2008 at 23:14

Muna Mohamed said…
Thanks for highliting it. we too feel, there is no one to listen from those who have to listen to us. anyway my objective is to tell the people of this region (the opinion leaders, i'm aware this blog will have a limited reach) lets get organized and start doing what needs to be done and at the same time do a better job of pressuring.
6 January 2008 at 07:36

A Nation Sold Out!

July 30, 2008
We often talk about how corrupt are the politicians and those who are in high offices. I would say all of us are bonded through the chain corruption. First we sell our vote to the highest bidder, digging our own grave. The members than sell his/her vote to the Ultimate Buyer for money, position, power and so on The Ultimate Buyer, instead of meeting our demands, controls the members through the chain of corruption; we become helpless and our hopes for a decent life and a prosperous future gone. We cry, and whine saying how corrupt is the Majlis, the government and each and everyone who are in positions of power. After 21 days* we forget about everything and go about our lives and in between if some need arise, we beg the member or the Ultimate Buyer the member or the Ultimate buyer fulfills the need, on the promise of selling our vote again. It’s a vicious circle My request to Mps - to include vote buying/selling undue inducement as a criminal offence
7 comments
Read more

December 27, 2007
Often we are bombarded with messages stating, we do not have any natural resources and therefore we are poor. Just because we do not have oil does not mean we lack natural resources to move our economy forward. When you think of it, the 1000 more islands are the natural resources we have. We are using less than 150 islands for industrial purposes. The rest is untouched and unused. Tourism has shown that each island can be turned into multi million dollar cash generating investments. However, the problem is policy makers seems unable to think beyond tourism. Policies in assigning islands for industrial purposes need to be reviewed and prevent over concentration on tourism in a single atoll. Within the atolls (including Kaafu and other atolls that has high concentration of tourism), islands can be leased to fisheries, agriculture, education, health, and many more other industries and make them easily accessible for people to go for jobs or to acquire goods and services. Build
7 comments
Read more

October 10, 2010
These days, the talks of creating other cities like Male’ is the buzz word. Nobody knows how the Majlis will decide on the issue of granting, another island(s), except Male’, city status by law. The purpose of this post is not to marvel, at the sincerity and commitment of those Mps (especially from the atolls) to meaningful regional development. The million dollar question is do we really want to repeat the Male’ experience?  Male’ is the health capital, educational capital, infrastructure capital, industry and commerce capital, political capital ...etc of the Maldives. The residents and non-residents alike are paying the price of someone putting all eggs in one basket by squeezing everything under the sun in this tiny place.   There seems to be no end to the rat race for using each and every square meter of land in Male’ for housing shops, offices, Godowns, workshops.....The trees, sun and fresh air have no place here and the ‘ sunny side of life ’ belongs to tourists only,
6 comments
Read more