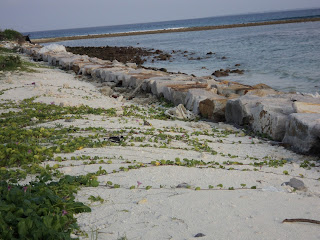 Aren’t you surprised at people who are surprised by the very predictable results of elections in the Maldives?

Think of an island. In practice, do they have permission to carry out any activity mentioned in decentralization law to maintain or develop their island?  The central government in Male’, is one and only way through which provision of even basic services necessary for humans to survive in an island, is allowed. Islands can’t even dump their garbage, provide water, electricity, even housing plots, without the direct approval of central government.

The island councils elected by the people, have been reduced to the role of a messenger to beg and plead, to central government, on behalf of people, thanks to the Local Government Authority given the task of empowering them! In Maldives everything works backwards or just the opposite of what is written because Maldives is where even good theories on governance or anything else, comes to die!

Reports note that governance is even more centralized after the new constitution and decentralization law was passed. As in Maldivian history, rural Islands are forced to have a master slave relationship with government instead of the latter becoming a development partner who assists and empower them.   In such an autocratic disempowered state, do the islanders in Maldives have any other choice other than electing representatives of government?

Only when island communities are allowed to carry out developmental activities as mandated by Decentralization Act, they will start thinking about who can best assist them, on merit, rather than electing government backed candidates by default. International or locals, taking Maldives local elections as a sign of support for any ruling party of the day, needs to do a reality check!