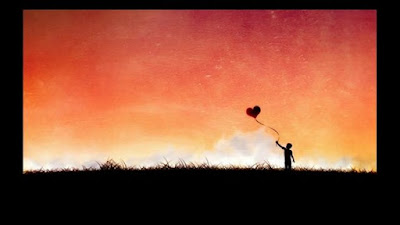 I’ve been away from blogging for quite a while. It’s not because of lack of issues that I care about and want my voice to be heard of. I have been meaning to write this article for sometime.

My first blog post on December 2007, was about lack of access to bigger markets, and mobility of labour and resources in the absence of a nation wide transport system.

On November 2008, I was delighted to hear about launching of a Nation wide transport Network by the new government. We have voiced, screamed, and have written about many things that can be done to make this nation a better place. However state bodies responsive to public sentiments are a rarity in Maldives. Hence the announcement came as a pleasant surprise and ever since than I have been meaning to write about it.

Hence a nation wide transport network could provide access to bigger markets, enable mobility of labor and resources and most importantly end the isolation of many island communities- giving population consolidation a new meaning.

However, the island communities will need tools, resources and other assistance to engage in income generating activities within the atoll or island level. One such tool is introduction of Business Incubation facilities at island, atoll, and national levels to complement the transport system that is to be implemented. The idea is to provide a platform for budding entrepreneurs and start-up firms to get established.

Totally agreed on the fact that it really is a good opportunity for new entrepreneurs.

Hey, thanks for the link. Got problems with our blog(hosting issue on the webapp)anyway, Nice seeing you back blogging.

You say that a nation wide transport network could provide access to bigger markets. Before that you said “registered population as at 2005 shows that 32 islands have a population of less than 500, 110 islands have less than 1000”. Please do your math and explain to me how a regular public transport system can be run for these 142 islands in a commercially viable manner. I know you are going to say the investor can develop low cost hotels and cater to the low end mass tourists who could be the cash cow of the system and subsidize the locals. This would not be viable. Why? For the simple reason that for this to happen Maldives has to have at least half a million of the mass-market backpackers at any given time.
regards, Ayya Is

yaffaus daddy and anonymous, thank you for commenting,

agree that any undertaking should cover the cost and there shud be demand for it. that will determine frequency of trips and method/systems.

such a mechanism could reduce especially to goverment cost of providing goods and services to public. fullfledge hospitals and higher secondary /university education could be established in selected regions and provide a means to access that services easily with little cost.

when counting maldivian pop one shud include tourist pop. its a responsiblity of government and tourism industry to open access for smes and local investment to provide services for resorts.

transport to us may be what oil is to industrialized nations. busines that could sprung up and impact to island economies may out weigh the cons. the govt will benefit from taxes.

i'm not conviced that it is a costly usless undertaking yet.

"i'm not conviced that it is a costly usless undertaking yet" - what do u mean muna? Did i say that it is useless? I also know that this it is important to have a mechanism that would allow people to move around. And all that I said in my comment was that I dont know how a regular public transport system can be run for 142 islands that has only less than 500 people each and is spread over such a vast area. It is impossible to do this in a commercially viable manner. period. Ayya